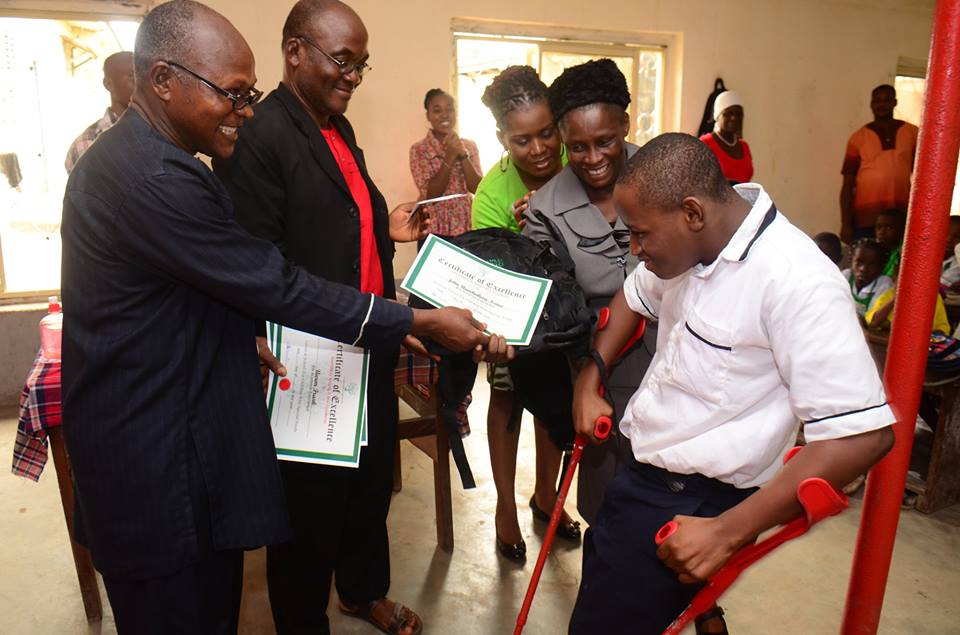 The president’s liaison officer Ita Enang on the 23rd of January declared the approval of the bill that criminalizes all forms of discrimination against persons with disabilities which has tarried in the national assembly for about 18 years but was transferred in December for the president’s approval.
WHAT THE BILL IS ALL ABOUT

The act prohibits all forms of discrimination against persons with disability. If an individual is found violating the law he/she will be subjected to pay a sum of N100, 000 or a serve jail term of six months. For corporate bodies, the law imposes a fine of N1, 000,000

Discrimination of persons with disabilities is prohibited in public transportation facilities and service provides are to make provision for the physically, visually and hearing impaired persons however challenged. This also applies to seaports, railways and airport facilities.

The right and privileges of persons with disability includes education, health care, priority in accommodation and emergencies.

All public organizations are to reserve at least five percent of employment opportunities for this class of people.

The act also gives persons with disability the right to file a lawsuit for damage against any defaulters.

Building structures are also inspected by relevant authorities to make sure that the plans conform with the building code such that provisions are made to ensure the ease of access for persons with disabilities.

An officer who approves or directs the approval of a building plan that contravenes the building code commits an offence and is liable on conviction, to a fine of at least N100, 000 or a term of two-years imprisonment.

In section 31 of the act, the National Commission for Persons with Disabilities was established as the regulating body for the Bill.

It is important for us to see them as people that can add value to the nation. In order to bring about the change and development of the nation. Those living with disabilities should not be ignored in the society because they are a part of us.

This new bill hopes to reduce the challenges faced by persons with disabilities in the society, thus improving their chances of employment, being allowed to engage in sports and have quality medical care when needed.

The growth and development of our nation lies in our ability support each other and this bill only helps to facilitate the process.