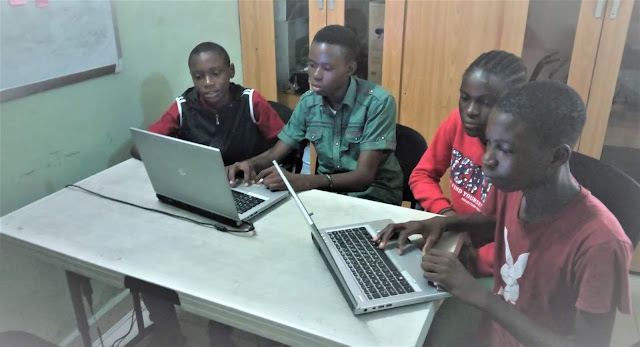 Princewill Oriyebeka is a 17-year-old teenager who has had a passion for coding for over three years. Unfortunately, there was no way to drive and follow up with it.

Last year, 3 of Princewill’s schoolmates were going to visit the KIR Foundation’s Resource Centre and asked him to join them. At first, he refused to join them because he felt too tired to go anywhere. He didn’t join them until his classmates insisted.

On arrival, he and his classmates were asked to go into the vocational training room of the Centre where he saw some teenagers practicing website design.

He was surprised to see teenagers like him using laptops to build basic websites. He had a personal laptop at home but didn’t know he could create websites with it. He joined the coding club, instantly forgetting about his numerous excuses. Finally, he could follow his dream of being a programmer

Fast forward a year later, Princewill has shown some potential in every coding topic he has learned in the coding club.

A young man who had no idea whatsoever about coding, has built a guessing app which shows the user a statement based on ICT and the user is to guess if the statement is true or false and along with his fellow coding club members, is building an app that teaches persons with and without disabilities how to use American Sign Language. 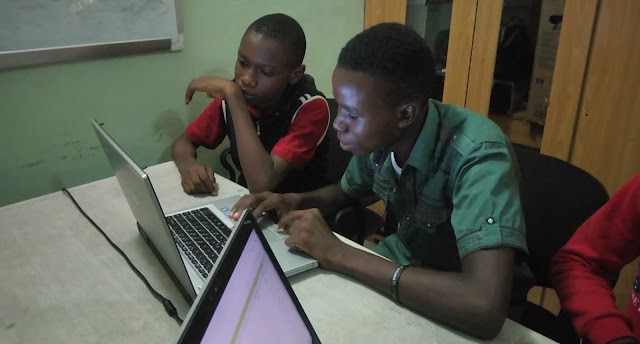 Princewill also plans to build games that’ll not just be fun to play but also increase the critical thinking skills of its players.

It’s because of teenagers like Princewill that we will continue to inspire change through learning.