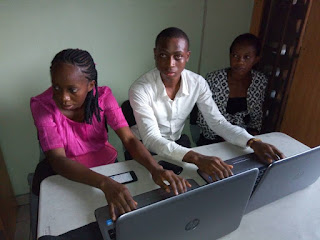 they take time to explain to us so that we can understand”. – Chidindu Ruth Nwa-Jesus

“I want to thank Small World for funding this training. Right now, I can now use the computer especially word processing. ICT training will help me improve my ICT skills and communicate better with others in Society”. – Chidindu Ruth Nwa-Jesus, Beneficiary of the ICT Training for Visually Impaired Persons (ViPs)